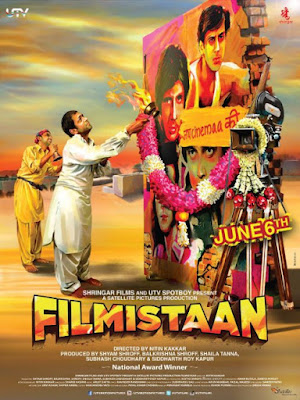 In Mumbai, affable Bollywood buff and wanna-be-actor Sunny, who works as an assistant director, fantasizes on becoming a heart-throb star. However, at every audition he is summarily thrown out. Undeterred, he goes with an American crew to remote areas in Rajasthan to work on a documentary. One day an Islamic terrorist group kidnaps him for the American crew-member. Sunny finds himself on enemy border amidst guns and pathani-clad guards, who decide to keep him hostage until they locate their original target. The house In which he is confined belongs to a Pakistani, whose trade stems from pirated Hindi films, which he brings back every time he crosses the border. Soon, the two factions realize that they share a human and cultural bond. The film shows how cinema can be the universal panacea for co-existence.